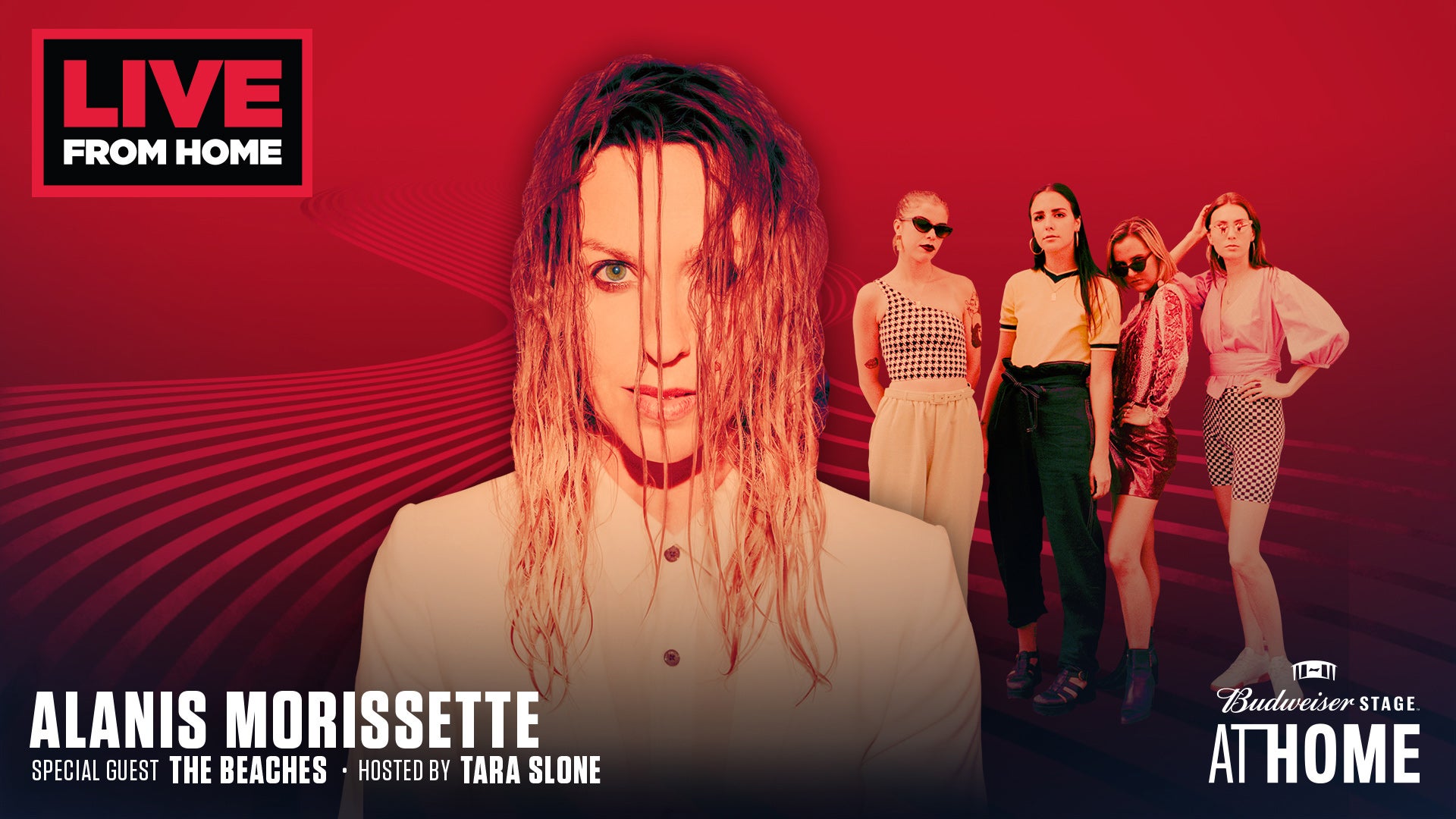 Live NationExclusivesBudweiser Stage At Home: Alanis Morissette and The Beaches

Budweiser Stage At Home: Alanis Morissette and The Beaches

This stream has ended!

Budweiser Stage At Home has announced their performances for episode 7 with a one time only stream from Alanis Morissette and The Beaches.

This stream aired Saturday, July 25th at 8 P.M. EST. Missed it? You can still get your Alanis fix. She recently released Jagged Little Pill, Live to YouTube for the first time ever. This 90 minute special captures what it was like to tour in support of her classic album.

“Budweiser Stage has a long, rich history as one of North America’s premiere concert destinations, and we know how important music is to people, especially at a difficult time. We wanted to keep the summer concert season going, even when we have to be apart,” said Riley O’Connor, Chairman of Live Nation Canada