Tickets On Sale Now for “The Greatest Show on Earth” 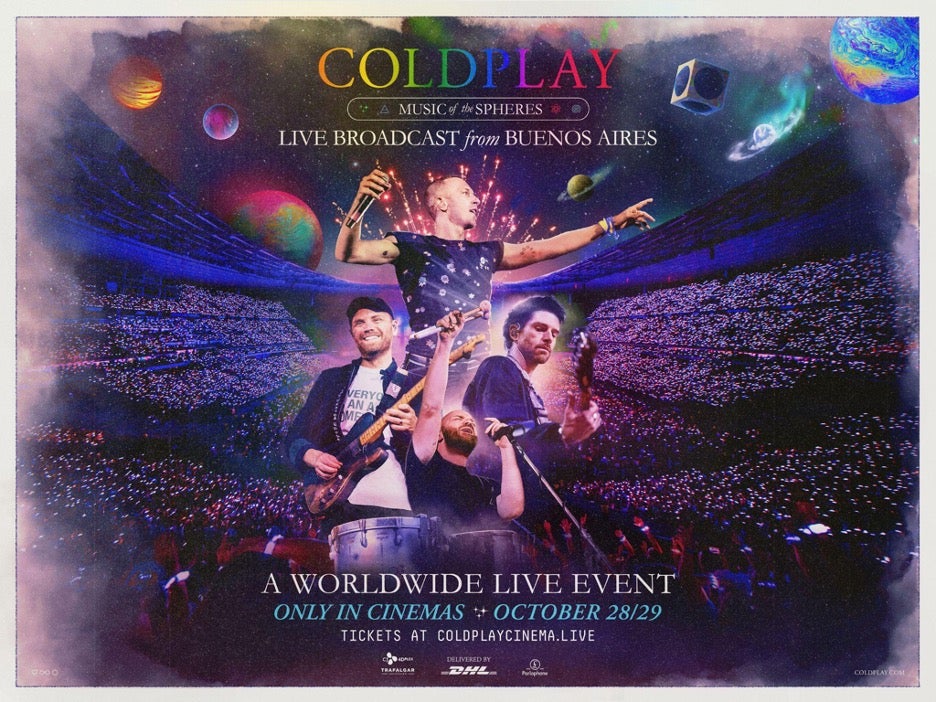 Coldplay announced a special live broadcast of the band’s spectacular Music Of The Spheres World Tour from Buenos Aires’ River Plate Stadium. The worldwide live event will be shown in thousands of cinemas across more than 70 countries on October 28 / 29* in partnership with Trafalgar Releasing.

The event will give the band’s global fanbase the chance to experience Coldplay’s acclaimed Music Of The Spheres live show, which has sold more than 5.4m tickets and attracted rave reviews from fans and critics alike: with The Guardian calling it “genuinely stunning”, the New York Post describing it as “a night for the history books” and the Glasgow Evening Times heralding it as “the greatest show on Earth”.

During the show you will see the band perform classic hits from across their career including Yellow, The Scientist, Fix You, Viva La Vida, A Sky Full Of Stars and My Universe in a stadium bursting with lights, lasers, fireworks and LED wristbands - all of which combine to make Coldplay’s concerts such a joyful and life-affirming experience. This beautifully-filmed feature presentation will be directed by acclaimed BAFTA-winning and Grammy-nominated director Paul Dugdale.

Marc Allenby, CEO, Trafalgar Releasing said:  “We are delighted to be partnering again with the Coldplay team on this major live broadcast, having established a successful partnership with the 2018 documentary release A Head Full Of Dreams. We are also extending our partnership with CJ 4DPlex on this live event featuring one of the world's biggest artists, giving fans the opportunity to experience the phenomenal Music Of The Spheres tour on the big screen across the globe in unison.”

The live event is supported by DHL with whom the band have partnered to reduce carbon emissions from their world tour.

Get your tickets now: https://www.coldplaycinema.live/

* The Event will broadcast live to North America and Latin America on Friday, October 28, with the rest of the world joining the broadcast on Saturday, October 29 due to local time zones. Repeat screenings will also be available worldwide. The full list of local screenings will be listed at https://www.coldplaycinema.live/ 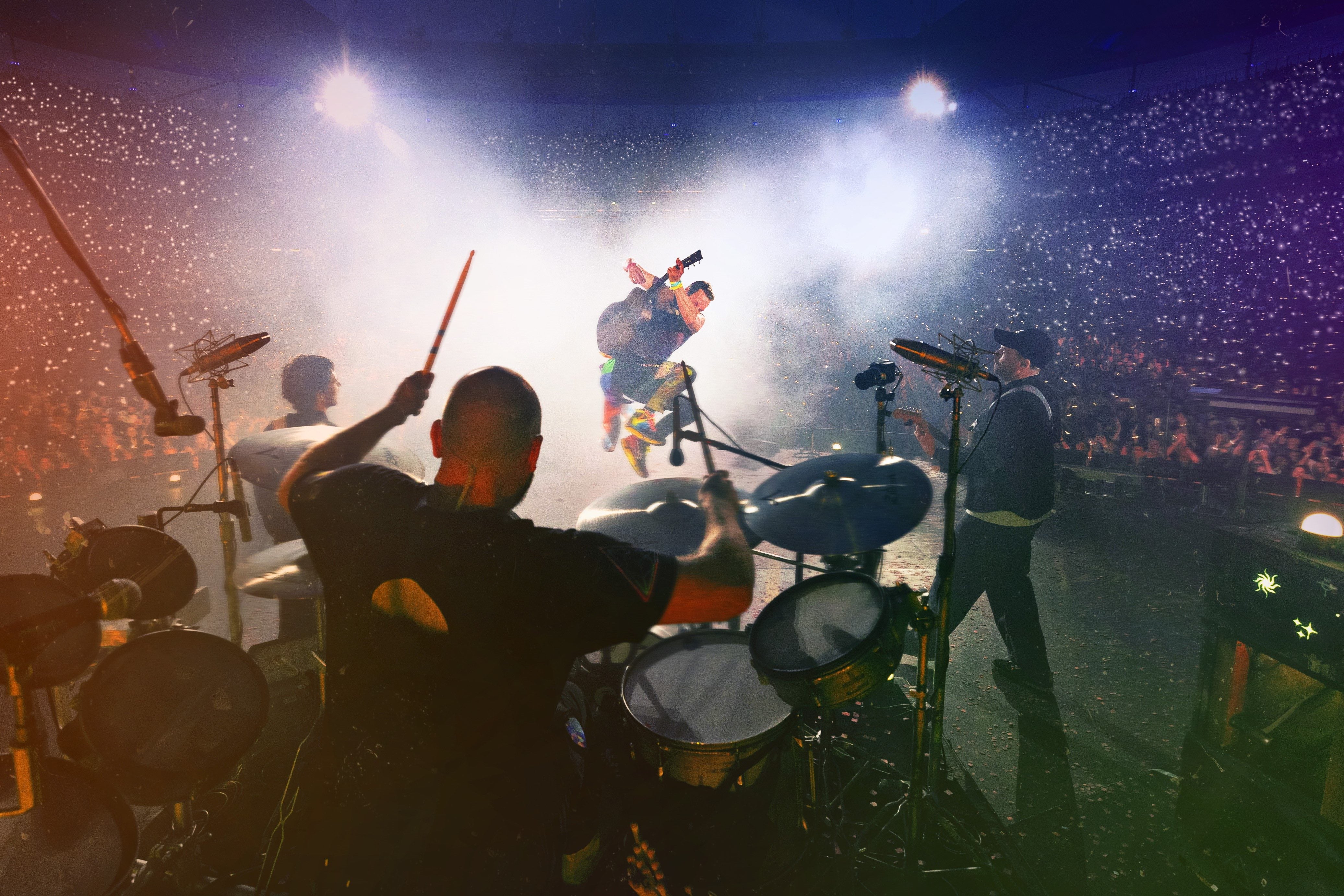