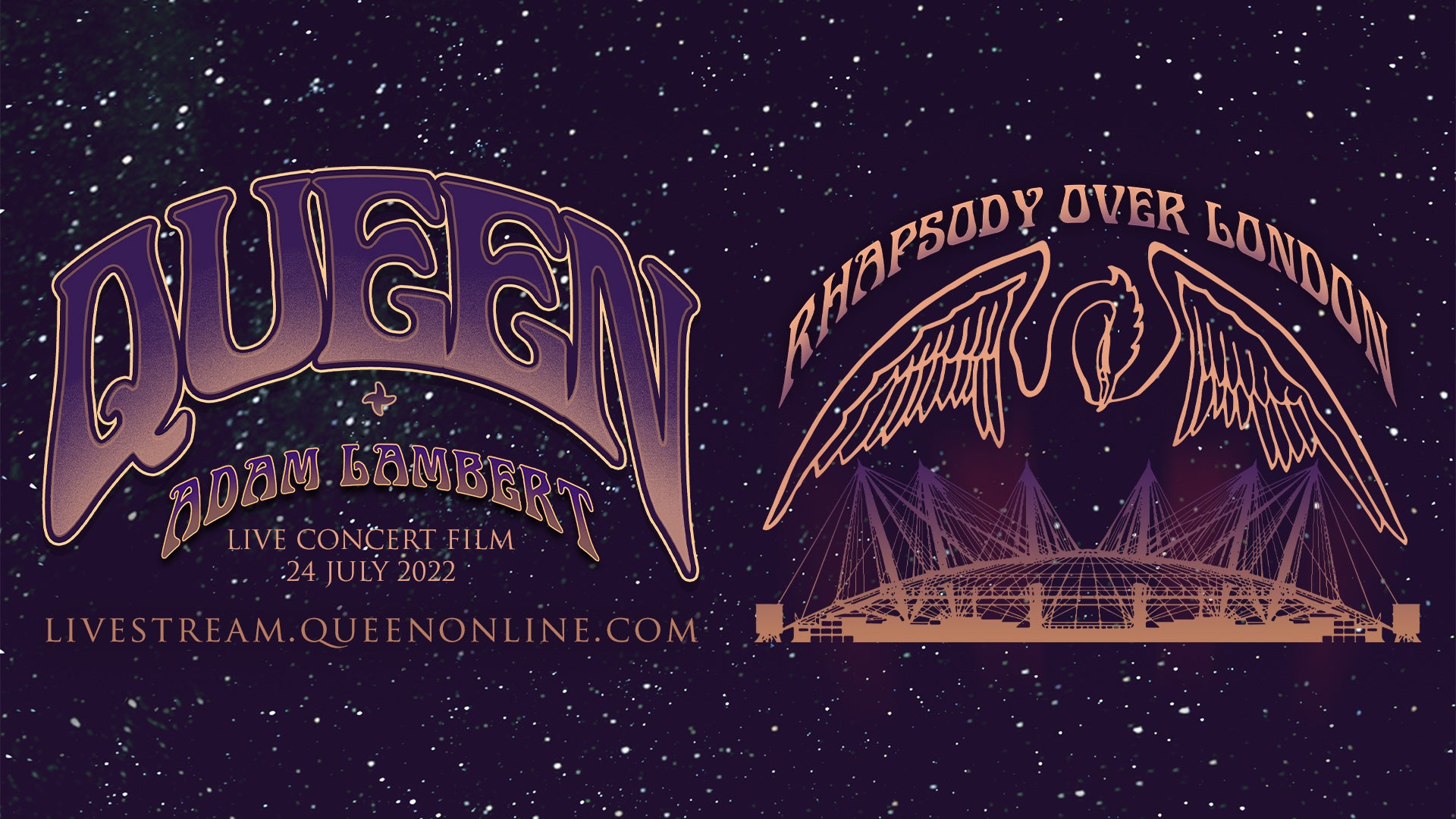 Concert spectacular to stream live and on-demand this July, offering Queen + Adam Lambert fans global, unique access to experience the hottest tour of the year, alongside a live Q&A with the band.

Queen + Adam Lambert today announced details of Rhapsody Over London, an exclusive concert spectacular, filmed live at The 02 London during their current sold-out European Tour, that will premiere live on July 24 via Kiswe’s global streaming platform.

The exclusive Live Concert Film will feature a LIVE Q&A with Brian, Roger and Adam, speaking backstage from the penultimate show of their European tour.  Ticket holding fans will have a once-in-a-lifetime opportunity to purchase tickets and submit their questions via video by July 19th, for the band to see and answer live during the Q&A.

The concert will only be available for seven days on the platform and accompanied by special Video On Demand packages, where fans will have access to additional concerts and interviews. The acclaimed documentary ‘The Show Must Go On, The Queen + Adam Lambert Story’ will be available exclusively for ticket holders for a full two days prior to the livestream.

The concert was filmed during the band’s sold out 10-day run at The O2 Arena, London in early June. Having been attended by over half a million concert goers during the 2022 36-date European tour, Queen + Adam Lambert’s “Rhapsody Over London” live concert film is set to reach a worldwide audience of millions more when the experience premieres online on July 24.

In a dazzling 28 song performance, Queen + Adam Lambert’s live show honours Freddie Mercury’s dictum that “too far is never far enough” with state-of-the art video content, lasers and pyrotechnics. The broadcast will give fans around the world one more chance to experience the magic of the Rhapsody Tour.

A full arsenal of hits are refreshed by the band’s live virtuosity, May’s Red Special guitar finding new sorcery in “A Kind of Magic” as well as reaching stratospheric heights in a towering guitar solo. Taylor and Lambert emulate Bowie and Mercury in the thunderous “Under Pressure”. “Bohemian Rhapsody” resurrects Queen’s glorious 1975 harmonies before a cyborg-masked May’s rousing solo, and Lambert’s rush to the front for the storming finale.

For more information on the livestream, go to: