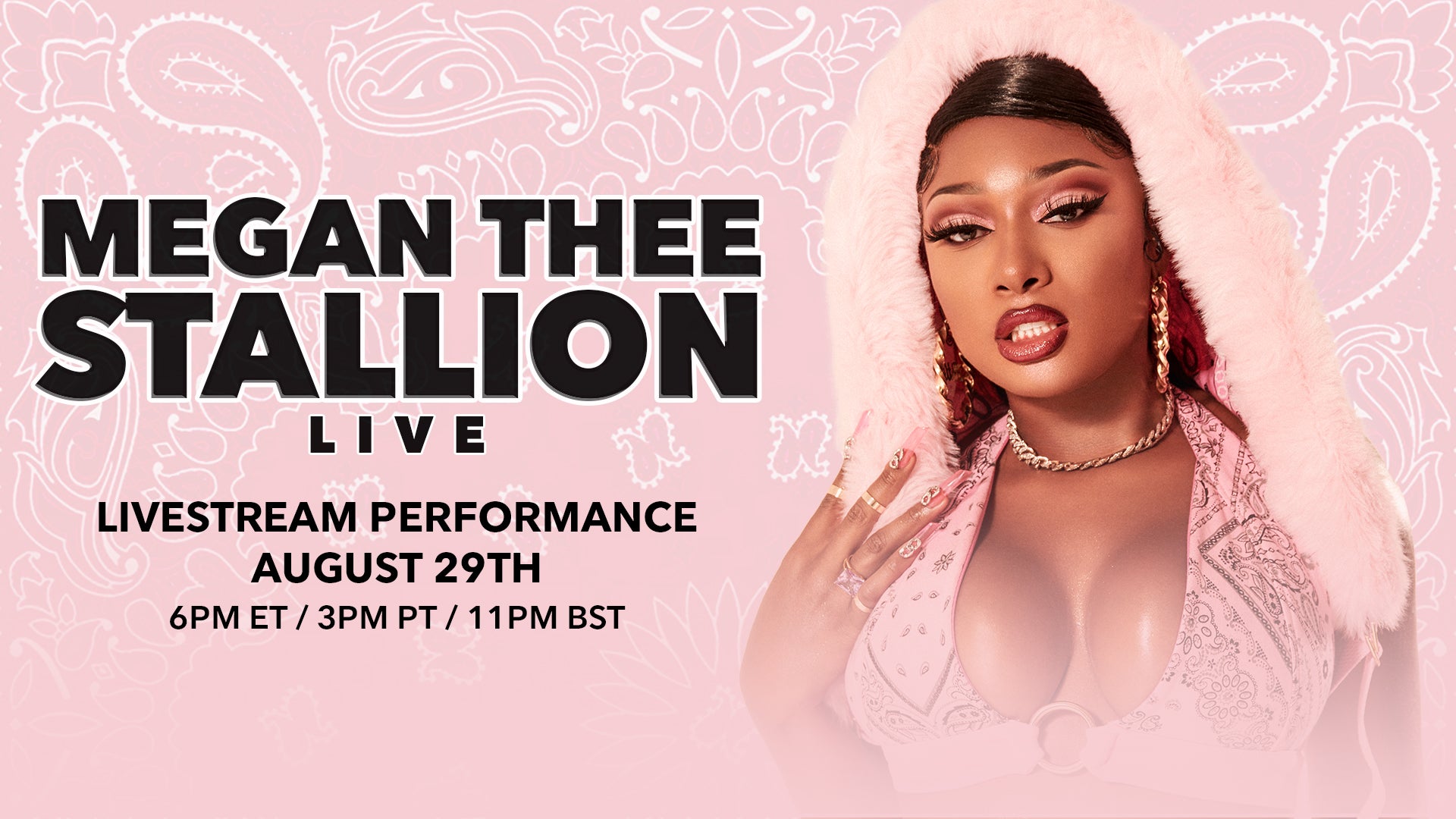 Grab your tickets for her first virtual concert performance now

Megan Thee Stallion has announced her first live virtual concert taking place on Saturday 29th August at 6pm ET / 3pm PT/ 11pm BST. Fans around the world can grab tickets that are on sale now and available to purchase at https://www.universe.com/megantheestallion. Tickets are priced at $15, where once purchased, individuals will receive a single-use unique code to enjoy the live virtual performance.

This will be Megan’s first full show since capturing the #1 position on the charts with “Savage Remix” featuring Beyoncé and making music history alongside Cardi B, with the undeniable #1 anthem, “WAP.”

With her killer flow, incendiary lyricism, jaw-dropping visuals and staggering live performances, 2020 has indisputably been the year of Houston Hottie. Megan Thee Stallion continues to set and conquer goals in both music and television with a slew of awards and accomplishments to her name.